The biggest surprise happened few days ago when The Airforce recruitment team released batch C,D,E,F,G,H And I. That is to say, batch 3 to batch 9 list of successful candidates, representing the 36 states in Nigeria.

Since then, so may candidates have been asking me, will NAF release another list? The reply i have been giving was that the Nigerian Air Force will certainly release batch 10; that is batch J.

Just few hours ago, the 2017 Nigerian AirForce List of candidates successful For Sports And Special Features was released. The question that comes to mind now is, could this be the tenth or last batch for 2017? I don’t know sha. Just check the list for your name.

Did you find your name in the list? If yes, then a very big congratulations for you. What next? You may proceed to the interview.

What to do if your Name is not in the Nigerian Air Force list of successful candidates? Don’t lose hope. A good news awaits you. Another list might be released soon.

See Also: List of successful candidates for the 36 states In Nigeria

Jobs at The Agency For Technical Cooperation (ACTED) Nigeria 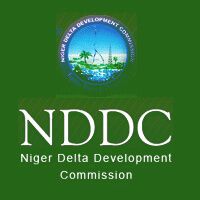 NAF 2017 Batch G List Of Successful Candidates Is Out