I Scored 200 and… In Jamb 2023. What Jamb score do I need to Gain Admission into a University, Polytechnic, or College of Education to Study Law, Medicine, Physical Science, Engineering, Pharmacy, Accounting, Agriculture, Mass Comm, Education, Management, or Business Admin…?

You may also be wondering, “If I score between 180, 199, 200, 229, 250, 270 in Jamb CBT…… Can I gain admission with this Score? Jamb Score which Guarantees Admission Into Universities, Polytechnics, and Colleges depend on your course, choice of school, and Post UTME Score.

With the introduction of Post UTME, Jamb Score alone is not enough to give you admission. For most schools, Jamb is 50% while Post UTME is 50% (E.g, UNIBEN divides Jamb Score by 8 and Post UTME Score by 2).

I hear people say that with a Jamb Score of 250, you are Automatically Admitted to study any course. I am sure this lie did not originate from Jamb or any school in Nigeria. You can score 250 and still not be admitted.

On the other hand, you can score 180 in Jamb and still gain admission. There are many factors that determine who gains admission.

The Jamb score you need to gain admission is determined by five factors.

Did you find any of the above confusing? I will explain each factor and how they determine what you need to score in Jamb for sure admission.

The higher the performance of students in Jamb, the higher the cut-off mark. This is one reason we cannot easily predict Jamb cut-off until the results are out.

As more people pass Jamb, a lot of candidates will be qualified for Post UTME. The Post UTME Cut off marks for schools also go up.

The more candidates pass in Jamb and post UTME, the higher the general, faculty and departmental cut off of Universities, Polytechnics and Colleges of Education.

For example, general performance in Jamb is very bad this year. Expect schools to reduce cut off marks and also expect many candidates with low scores in Jamb to gain admission.

Nature of Your Course:

Hotcake Courses in Nigeria like Medicine And Surgery, Pharmacy, Engineering, Law, Accounting, Banking and Finace and so on require you to get a higher Jamb score.

However, newer and less competitive courses like entrepreneurship, mathematics, etc require a relatively low Jamb UTME score. This is because only a few candidates apply to study such courses in the universities.

If you are not extremely intelligent, your best bet is to study courses that so many persons don’t apply for. With this, it is very easy for you to gain admission once.

It is more difficult to score high in courses that require Mathematics and Physics. This is because most schools don’t allow the use of Calculators to write Post UTME. If many Candidates score low because they could finish or use Calculators, then the cut off marks will reduce for these courses.

Recommended: Post UTME is good news to those with low jamb score

Competition of Course in A Choice School:

Some schools are known to be good at some courses. Because of this, the demand for it in that particular school gets higher than in other schools.

For example, FUTO, UI, UNIBEN, etc are known to be good at Engineering, AAU is known for Law and Uniben for Pharmacy (Since they offer a doctor of Pharmacy certificate). You will expect the cut-off mark for those courses in these schools to be higher than it is in other citadels of learning.

Federal schools in Nigeria are also more competitive than State and Private schools.

Number of Students to be Admitted:

The higher the carrying capacity of a University, the more they are willing to admit. This will increase the chance of Applicants being admitted with a relatively low Jamb score.

I have explained the Nigerian admission factors in the Recommended article below; the ultimate guide to university admission in Nigeria.

Provided you do very well in Post UTME As Well;

Post-UTME is good news to candidates with low Jamb scores. If you score extremely high in Post UTME (even with a lower Jamb Score), You can gain admission before someone who has a higher Jamb Score.

If post UTME holds, then, it is good news to those who cannot get up to the Jamb scores listed above. A very high post-UTME score will boost your low Jamb score (so long you score above the general cut-off mark). Continue reading about post-UTME here.

Feel free to let me know how you feel by using the comment box below. Also, don’t fail to share this article with friends using the social buttons below. 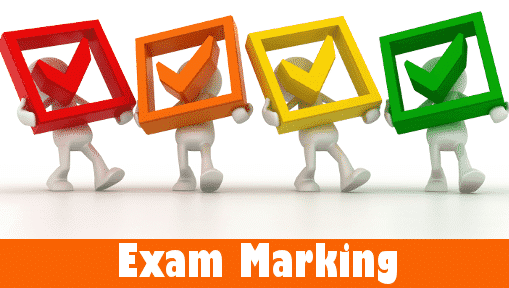