It is true that Jamb released a book titled “In Dependence”. You need to read it for your Jamb 2018.

According to the information on the official publication announcing the registration details and process for 2018 UTME, a new book: “In Dependence” by Sarah Ladipo Manyika, has been introduced for candidates sitting for 2018 UTME.

Irrespective of your course of study or method of testing, you will be tested on this book.

A Little About The New Book: “In Dependence”

The book is written by a Nigerian named SARAH LADIPO MANYINKA who was born in Ibadan (South West Nigeria) in the late 1930s.

“In Dependence” tells the story of Tayo Ajayi, a Nigerian man who gets a scholarship to study at Oxford in the 1960s, and Vanessa Richardson, the daughter of an ex-colonial officer.

Tayo meets and falls in love with Vanessa Richardson, a British colonial officer’s daughter. And they negotiate their relationship against a background of race and racism. While it is a story of their love which spans from 1963 to 1998, it’s way more than that.

It’s also a story about Nigeria, its independence and the changes that occur in the country post-independence – the Biafran war, the first coup and the numerous countercoups, military dictatorships, the brief return to civilian rule, exile of Nigerians, and towards the end of the book the eventual return to democracy.

There are also issues of race, racism and cultural differences. 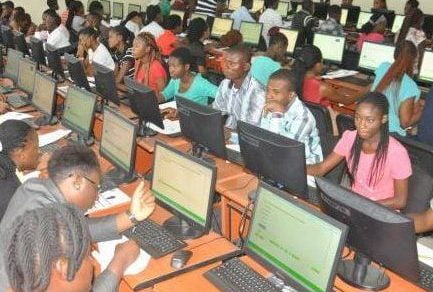 How To Re-Print JAMB Slip For 2023 Exam Date