Alright Guys and Gals. Steemit is blowing up! According to Steemit official website, Everything you need to know in simple terms as a new user or dummy are as follows:

* People are making thousands of dollars and if you’re reading this, I’m willing to bet that you want to be a part of this incredible new community too. But (and it’s a big but) it’s super complicated and can be confusing as all hell!

Well fear not my fellow aspiring Steemers. I’ll break it all down for you. And I won’t get too technical because I’m not an expert. But I can give you the simplest version of everything that you need to know to get started!

Read Also: How to create quality article and get traffic in steemit

Steemit is a social network that looks and functions a lot like Reddit, but with one HUGE difference:

Steemit pays both the content creators when their work gets upvoted, as well as the people who curate the best content on the site by upvoting others work.

Every day, new units of the currency are created by the network and distributed to its users, who can exchange these digital currency units for actual real money.

And it doesn’t cost a dime to get started.

You can create a Steemit user account for free, right now, and be publishing your content directly to the site within minutes using Steemit’s built in blogging/publishing tools.

If you’re skeptical at this point, I get it. I was too.

But it’s definitely the real deal.

So let’s dive in. I’ll show you how it all works.

Read Also: Five persons you need to be successful

How does Steemit work?

With other cryptocurrencies like Bitcoin, the actual currency units that are created each day are distributed to the people who run a special bitcoin software program on their computers that perform a process called Bitcoin Mining. The amount of computing power you have dictates how much money you get.

Steemit allows for currency mining as well, but it’s not the primary way to earn money. Every day, new Steemit currency units that are created by the network and distributed to the people who engage with the site. The more you engage, the more you get.

The first thing you need to understand is that there are three different kinds of Steemit currency units.

We have Steem, Steem Power, and Steem Dollars.

Confusing right? It was for me. But it will all make sense in a minute.

Steem are the units that are bought and sold for actual money on the open markets. You can trade them as you would bitcoins or a company’s stock.

But you don’t want to hold on to these for too long because more Steem Units are created every single day. If you hold onto Steem Units for a long time, they will become diluted and lose value.

By keeping your currency as Steem Power Units, you will be able to make considerably more money in the long run because you essentially have ownership in the network. As the network grows, so will your piece of the pie.

Read: Free tutorials on how to start a blog as a student

And you’ll be heavily rewarded along the way. The way things are set up now, 90% of the new Steem Currency that is generated every single day is distributed to the people who already hold Steem Power Units in the form of additional Steem Units. (The other 10% goes to content creators and curators).

Half of the pay you receive for your content will be in Steem Power Units.

Also, the more Steem Power Units you have, the more your curation vote will count. You will have more influence on the site and you will also get paid more for upvoting other people’s work. (When you upvote someone’s work, they will get paid more as well.)

Steem Power Units also play one final and very important role. They prevent massive price swings and volatility on the open markets. Because everyone is locked in for 2 years, we can’t all sell our currency all at once if the market starts to dip, which would crash the price were it to happen.

Steem Dollars are the third and final form of the currency and never get diluted or lose their value. They are designed to be a stable currency that you can sell at any time. When you create popular content, 50% of your pay will be in Steem Dollars.

When you earn Steem Dollars for creating content, you have three choices:

1) You can convert the Steem Dollars to Steem and sell it immediately on the open market for real money, essentially cashing out.

2) You can hold the Steem Dollars, which keeps the money in the network and pays you 10% interest. You can sell them at any time. If you think the value will go up and want to sell at some point in the near future, this is your best option.

3) You can exchange your Steem Dollars for Steem Power. If you want to invest in the future of the currency and reap the biggest rewards, this is the way to do it.

How Are the Newly created Steem distributed Each day?

Every day 90% of the new Steem units are rewarded to the people who hold Steem Power Units.

10% of the new Steem units are paid to content creators, curators, and commenters.

When you create content that actually earns money, 50% is paid to you in Steem Dollar Units that can be exchanged for actual money right away (or converted into Steem Power). The other 50% is paid in Steem Power. The Steem Power Units are locked up for 2 years.

How to cash out your earnings:

Once you start earning Steem and you want to actually cash out, what do you do?

Well lucky for you, several other Steemers have created fantastic guides for doing just that. So rather than go all technical on you, I will pass you along to the people who can explain it better than I can.

Where does the money come from?

Steemit user @Steemrollin has written a fantastic explanation on this:

Why you should start now:

The short answer is that you have nothing to lose. It is 100% free to join and you can actually get paid for your work!

Unless you are a professional writer, you’re not going to find this kind of action anywhere else.

Also, Steemit is growing at an explosive pace! Hundreds of new users are flocking in every single day. And even though it’s only been around for a few months, it’s already become one of the top five digital currencies in terms of market capitalization.

Remember, Bitcoins were basically worthless early on, but are now worth close to $700. You have the opportunity to get in on the ground floor of a new currency without spending a penny, but also to be a part of an incredible new social network.

How to Get started:

To start publishing content, all you have to do is click “Submit a Story” at the top right of the screen.

When publishing content, it’s important to format your articles in a way that will make them easy to read. Use images, headings, and subheadings to break up long blocks of text.

Use the “” button in the editor to activate the quote feature when quoting someone. And give the quote its own line like this

No one ever wants to read a solid wall of text, so taking the time to format your article in a way that makes it pleasant to read will be crucial.

As it stands right now, there is no way to upload your images to the Steemit website so posting images in your articles will require a workaround. The easiest way is to use https://imgsafe.org. All you have to do is create a free account and upload your pictures.

Once you have an image uploaded, simply click it, and copy the URL for the picture. Imgsafe gives each picture its own unique URL that you will use in Steemit to insert the picture into your post.

In the Steemit editor press the insert image button and paste the copied image URL. (If the URL starts with HTTP:// change it to HTTPS:// when you paste it into Steemit.)

What to write About?

That is the million-dollar question, isn’t it? The best advice I can give you is to explore the trending topics/tags as well as the trending posts within those sections and see what kind of content people are responding to.

The introduce yourself tag is hot right now and a great place to start.

Try to remember that it’s not about how much time you spend creating a piece of content, but how valuable/entertaining it is to everyone else. Try to create content that delivers the most value.

So my fellow Steemers, I have one question for you: what are you waiting for?

Get out there and start creating!

As for me, I’m in it for the long haul. See you all on the other side!

See Also: How to make your posts rank very high 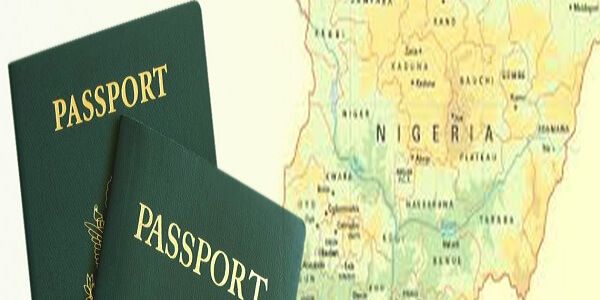 How To Apply For International Passport And Get It Very Fast 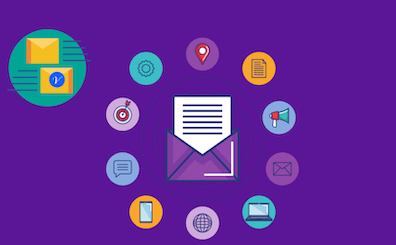