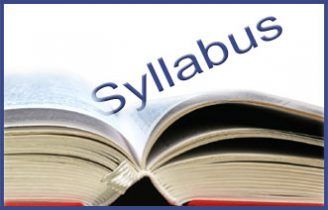 If you have ever wondered about how to get the Jamb mathematics syllabus and hot topics to read for Jamb, you are in the right place and at the right time.

This post is to meet the demand of numerous Jamb candidates who bombard the internet daily with questions on Jamb mathematics like:

This topic covers all update on Jamb mathematics syllabus. It will guide you on how and where Jamb sets their questions from. It is divided into sections, topics and what to know in each topic.

In this article, the very important/top Jamb mathematics questions and topics to read are shown with red font colours. Take note of them and as well practice them for your Joint Admission and Matriculation Board Examination.

SECTION I: NUMBER AND NUMERATION

4. Sets:
(a) types of sets
(b) algebra of sets
(c) venn diagrams and their applications.

3. Inequalities:
(a) analytical and graphical solutions of linear inequalities.
(b) quadratic inequalities with integral roots only.

5. Binary Operations:
(a) properties of closure, commutativity, associativity and distributivity.
(b) identity and inverse elements.

6. Matrices and Determinants:
(a) algebra of matrices not exceeding 3 x 3.

I. Differentiation:
(a) limit of a function;
(b) differentiation of explicit algebraic and simple trigonometric functions ”“ sine, cosine and tangent.

1. Representation of data:
(a) frequency distribution
(b) histogram, bar chart and pie chart.

Read: Jamb Syllabus And Topics For All Subjects