A phrase is a group of related words within a sentence that complements the overall structure of a sentence. A phrase lacks both the subject and the object. Hence, a phrase cannot stand alone to give complete meaning. The underline group of words in the following sentence is a phrase. Example: I saw a joker in the street.

A phrase can act as a noun, an adjective, a preposition or an adverb. The function of a phrase depends upon its construction and place in a sentence. Depending upon its function in a sentence, phrases are divided into various types: Noun Phrase, Verb Phrase, Adjective Phrase, Adverb Phrase, Gerund Phrase, Infinitive Phrase and Absolute Phrase.

Examples: They hired a huge beautiful home.  (as noun: object) She bought a decent black shirt. (as noun: object) One of our close relatives never drinks coffee. (as noun: subject) A woman in the window shouted for help. (as a noun: subject) A sentence can also consist of more than one noun phrase. Example: One of our close relatives bought a beautiful red car.      (as nouns both as subject & object)

A phrase comprising a preposition and object of preposition (noun or pronoun) is called a prepositional phrase. It may also contain other modifiers. e.g. near a wall, on a table, in the room, under a tree, at the door etc.

Prepositional phrase has a noun or pronoun which called the object of preposition. Examples: The kids were laughing at the joker. He is sleeping on the carpet. The teacher looked at the black-board. He drives the car in a high speed.  He always speaks in a loud voice.

A phrase that acts likes an adjective in a sentence is called adjective phrase. Like an adjective it modifies (adds to meaning  of) a noun or a pronoun. It comprises of adjectives, modifiers and other words modifying the noun or pronoun.

A phrase that acts like an adjective in a sentence is called adverb phrase. Like an adverb, it modifies (add to meaning of) a verb or other adverb in the sentence. It contains an adverb and other words (i.e. noun, preposition, modifiers) which, as a whole, act as an adverb phrase.

VERB PHRASE A verb phrase is the group of main verbs and helping-verbs (auxiliaries) within a sentence. Examples: She is writing a letter He has taken his annual exam. Students must reach in time for the class. They have been playing game since morning. She is waiting for someone.

An infinitive phrase contains an infinitive (to + base form of verb) and modifiers or other related words linked to the infinitive. An infinitive phrase will always acts as a noun, an adjective or adverb in the sentence. Examples: I enjoy to drive a car. (As noun) To get success in the exam is the ambition of every student.

A gerund phrase is a group of a gerund (verb + ing), modifiers and other related words linked to the gerund. A gerund phrase functions as a noun in the sentence.

Absolute phrase is also called a nominative phrase. It consists of a noun or a pronoun, a participle and linked modifiers. It modifies (tells more about) the sentence. It looks like a clause but lacks a true finite verb. It is separated by a comma in a sentence.

Examples: She is looking very much happy, her face expressing a shine of happiness. He, having books in his hand, was going to college 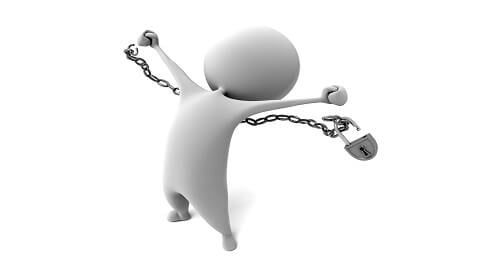