Philosophy and Logic Questions and answers for 100 Level Unversity Students. I have already explained the courses offered in the hundred level (year one). I also gave an in-depth explanation of General Studies (GST) and why you should take them seriously.

In this article, I will list the hot cake 50 questions to expect from philosophy and logic in your first year and the correct answers after all the questions. You may also check my free video tutorials on all topics here. Happy reading………..

1. Who holds the view that evil comes out of ignorance of its consequences?

2. Anyone who denies God’s existence is an ……

3. Who first invented the term “Philosophy”?

4. Who is of the view that fire is the Origin of all things?

5. What are the four branches of Philosophy?

7. Who was the earliest greek philosopher?

8. Pantheism equates God with what?

9. Andronicus of Rhodes was the disciple of?

10. The ancient Greek philosophy is characterized by what?

11. The theory of “ideal world” was propounded by who?

12. Whose Image and thinking was associated with the word of the Delphi Oracle “Man, know thyself?”

13. The study of beauty is called?

15. Cheating in an examination is a problem discussed in?

16. The statement, ‘the unexamined life is not worth living” is made by?

18. Who wrote the famous book, The Prince?

20. The Study of sound reasoning is called?

21. What are the branches of Philosophy?

22. What is the difference between sound and logical reasoning?

23. Who is a theistic Philosopher?

24. Who propounded the allegory of the cave

25. Who said the world came from fire?

26. Who said the world came from water?

27. Who said the world came from Edo State?

31. Where did Paul see an alter with the inscription “To An Unknown God” (Ans: Anthem in Greece)

32. What was the major question asked in ancient greet philosophy

33. What happened during the post-Socratic period?

34. Why was Socrates killed? (Guilty of impiety and corruption of the youth)

36. What is Universal affirmative?

37. What is Universal Negative?

38. The medieval period was also called?

39. What period was referred to as age of reasoning?

40. Age of Analysis is also referred to as?

45. Appeal to pity is also referred to as?

46. Appeal to force is also referred to as?

47. Argumentum ad ignorantia is also referred to as? (Appeal to ignorance)

49. What modern philosopher do you know?

See Also: Everything you should know about year one courses

Recommended: Everything you should know about year one courses

Hope you found this helpful. Feel free to share with others and don’t fail to let me know how you feel using the comment box. 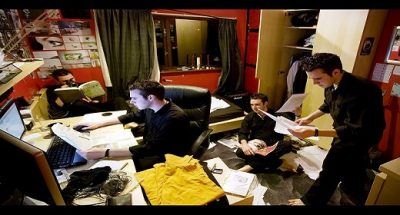 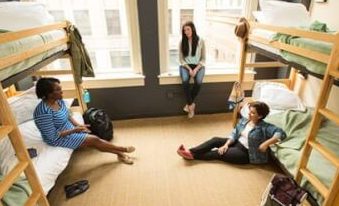 8 Reasons To Or Not To Have A Roommate In School