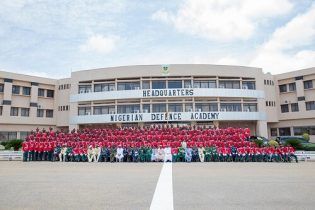 NDA LIST 2018: The Management of the Nigerian Defence Academy has released the names of Shortlisted Candidates to appear for interview before the Armed Forces Selection Board (AFSB) ”“ 70 Regular Course.

The candidates whose names appear in this publication were successful at the Nigerian Defence Academy Entrance Examination held on Saturday 19th May, 2018. They are to appear for interview before an Armed Forces Selection Board (AFSB) from Saturday 23rd June ”“ 6th August 2018 at the Nigerian Defence Academy, RIBADU Campus, Kaduna. Candidates will appear before the AFSB in 2 batches as follows:

Candidates from the underlisted states are to report to NDA on Saturday 23rd June 2018:

Candidates from the underlisted states are to report to NDA on Saturday 14th July 2018:

Candidates MUST bring along the original and 2 photocopies each of the following documents:

Candidates are to download both the “Attestation and Letter of Consent Forms” from the NDA applications portal/NDA website (www.ndaapplications.net/ , www.nda.edu.ng) and complete same. Candidates who fail to bring along the documents listed above will be disqualified. Any alterations on the documents will attract outright disqualification.

Candidates are to also bring along the following items:

Read Also: Five persons you need to be successful