Jamb said many candidates engaged in malpractice in the just concluded Jamb 2019 utme and their result will not be released. Now, The Nigerian Union of Teachers (NUT) has appealed to the Joint Admissions and Matriculation Board (JAMB) to release the results of the candidates who were not involved in examination malpractices during the 2019 UTME Exam.

The chairman of the union’s Lagos State wing, Mr Adesina Adedoyin, made the appeal on Tuesday in Lagos in an interview with the News Agency of Nigeria (NAN).

Adedoyin said that the level of malpractice in the conduct of the 2019 UTME was as a result of the societal problems confronting the country, which included corruption, and requested that JAMB release the results of candidates who wrote the 2019 Unified Tertiary Matriculation Examinations (UTME) and were found to be innocent.

“The delay in releasing the results is going to affect the innocent students negatively.

“Those that did not cheat during the examinations should not be punished for the offences they did not commit.

“By the time JAMB will ask them to come and re-write the examination, they may not perform better as they did earlier,” he said.

He also condemned the policy that stated that another examination should be conducted in such a centre. He said that such a policy was anti-people and should be abolished.

Adedoyin said that if those found wanting would be allowed to rewrite the examinations, then the results of candidates who were innocent should be released.

The NUT chairman said that the adoption of Computer Based Testing (CBT) mode by JAMB which was introduced with the aim of reducing examination malpractices appeared to be failing and not so effective. He said that meant that the examinations conducted using CBT were flawed in validity and reliability.

“If there was cheating as being alleged in the last UTME examination that adopted the CBT mode, despite the cameras and the software JAMB installed, then people will gradually be losing confidence in its efficiency,” he said.

Recommended: When jamb will release results 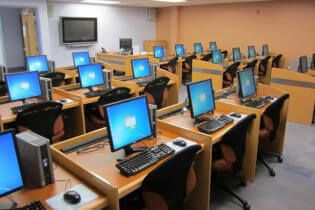