Will Jamb postpone the date for 2018 examination? This is the questions so many candidates have been asking. In fact, many candidates have demanded that Jamb should continue utme registration for 2018/2019. Right now, there is protest for Jamb to postpone cbt exam date. Continue reading for more details….

A number of protesters took to the street in Lagos to demand that the date for the conduct of the 2018 UTME be postponed.

The protesters were seen carrying placards with various inscriptions like;

Many argued the rationality of fixing another JAMB exam in March when the 2017/2018 Admission exercise had barely ended.

They said many of them, who had hoped to be admitted by various institutions during the 2017/2018 academic calendar year, just found out this week that they were not admitted and that less than one month cannot be enough to prepare for another examination.

Commenting on this, the National President of the Association of Tutorial School Operators (ATSO), Dotun Sodunke, said , the new head of JAMB needs to be called to order. He should not be carried away by the euphoria of revenue generation. The future of this country depends on these children.

“JAMB is sure that if you conduct the exam early, many candidates would fail, and they would come back to register again next year. This is so because their children don’t school here.” He said.

Responding to this, the JAMB spokesman, Dr. Fabian Benjamin, said that was no basis for postponement of the exam; stating that it is not candidates are not the ones protesting against the UTME date but tutorial centres operators.

According to him, the tutorial centre operators are doing this because they want to keep the candidates at their centres till May so that they can get more money from them.

He mentioned that the Government wants all academic calendar to begin by August and that is why all admissions will be concluded by August this year which explains why the UTME date has to be fixed in March.

What is your take on this? 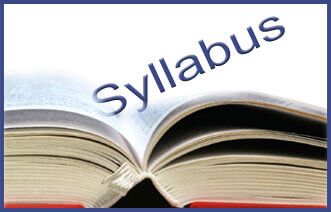