The generation of Jamb CBT 2023/2024 Profile Code has now started. You may be wondering, how can I do Registration for the Jamb Profile Code before Jamb 2023 Commences.

How to Create And Update Jamb Profile For Jamb CBT 2023 UTME And Direct Entry is our topic for today. Just Like the Use of English, Jamb Profile Creation is Compulsory for Jamb 2023.

Recommended: How to create an email for Jamb

After sending NIN And Number to 55019, you will get the following message…

Your request has been recieved and is being processed, you will get response shortly. The service will cost you #50

After the message above, wait for your Jamb profile code. You will either get it immediately or after some hours. When you receive Profile Code, the next thing is to Purchase Jamb E-PIN.

You may also be told that your NIN has already been registered with a GSM Number. In this case, confirm that the number is your own and use it to send NIN to 55019.

If you sent NIN NINNUMBER to 55019 and yet to receive a profile code after 24 hours, use the alternate number. Jamb adds the new USSD code 66019 for candidates to create their profiles. You can use either 55019 or 66019 for creating UTME And Direct Entry profile.

If you are getting an Invalid Format or Failed to Verify NIN, then the following guide will be of help to you.

Someone Wrote: Please, I’m trying to get my Profile Code and I already have my NIN. I’m using Etisalat and the response I got was “Failed to verify NIN”. Then I was told not to use 9mobile.  I was advised to use my mum’s MTN SIM since I have no other Sim, but still getting the same response.

My original SIM was registered by her in her name though and I was wondering if it could affect my getting the Profile code since it’s her name on the SIM and not mine.

If you followed all the steps above, Jamb should send you Some Code. After getting the code, the next thing is getting an E-PIN. NIN Must be length = 11.

Another possible error message when trying to generate a Jamb profile code is, “Already generated Profile Code Names Does Not match Names you enrolled with NIMC.

Your profile name is your SIM Card name. It should match your NINC name, i.e the name you entered while enrolling NIN should match with your SIM Registration name.

Some persons claimed that they were able to register Jamb profile even when the name on their NIN Slip and SIM Card is different. But for most persons, they get rejected.

This is not a Recommended Method. SMS Method is Advised… 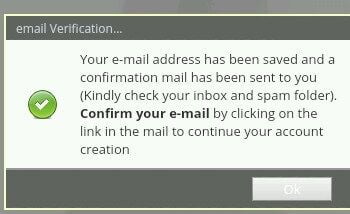 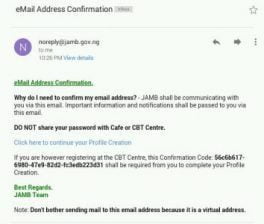 Since 2018, candidates have been noticing that the profile code jamb gives to them is similar to that of the previous years. This happens if it is your second or third time sitting for Jamb and it is not an issue.

The Joint Admission and Matriculation Board, JAMB portal has been updated and it is now mandatory for all candidates to create a Profile on the Jamb website before they can participate in the 2023 UTME.

Recommended: 10 things you can do with your profile